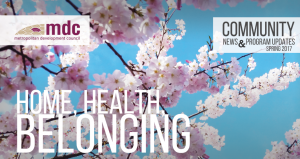 What do the Point in Time Count numbers  for Pierce County mean?

When good news comes with a heavy dose of caveats, it’s worth taking some time to go beyond the headlines and look at what is really going on in our community.

Earlier this month, Pierce County issued a news release, an infographic and some raw data from the 2017 Point in Time Count – the annual count that was done on Jan. 27 to get some sense of how many people in our communities are currently homeless. The headline in a follow up article from The News Tribune offered the take away message that “Pierce County homeless numbers decline in new count.” 1,321 people were counted as homeless during the Jan. 27, 2017 count, compared to 1,762 people who were counted as homeless in the January 2016 count.

The problem is that, as Tess Colby, manager of Pierce County’s housing, homelessness, and community development, pointed out in
The News Tribune story, this is not a scientific survey, and things like the weather on the day of the count, the number of volunteers doing the count, and a huge change in the number of shelter beds available to people in 2016 versus 2017, can essentially explain away the decrease in the number of people counted as homeless in 2017.

In the detailed data compiled by Pierce County, the explanation of who is counted as “sheltered” in the Point in Time Count explains that in 2016, due to a one-time expenditure of emergency funds by the City of Tacoma to increase shelter capacity in that year, many more overnight beds were available that year. In 2016, 1,268 people were counted as “sheltered,” but in 2017 that number dropped to 817 people.

Our gut tells us that the rate of homelessness has not improved that much over the last year. In fact, the number of people who were counted as being unsheltered in this year’s count rose slightly from 2016, with 504 people counted in that category. Even more disturbing, 41 percent of those who were counted as homeless are people of color, when only 24 percent of the Pierce County population are people of color.

The primary challenges that have led to an increase in the number of visibly homeless individuals in our communities continue to grow. Until our communities can create more deeply affordable homes, with supports to help people overcome the mental health, substance use, and job loss issues that ultimately lead to homelessness, we will continue to see people fall into homelessness.

Teresa held a full time job, but after eight years, the company folded and she needed to make a decision regarding her long-term employment goals, starting with her education. She completed a medical assistance program in 2009 from Everest College, but never used the degree, due to her employment status and lack of desire to work in the medical industry

“I never used the degree because I had a great job at the time. I also didn’t have much time to attend school, with work and being a mother of seven children”, Teresa said.

Time and a comfortable role for eight years kept her from the training and job she really needed and wanted. Even in her desire to return to school, she experienced several health setbacks; this coupled with a fear of being too old to return to school.

“I had cancer, twice, and was then diagnosed with diabetes. My grandson was soon after diagnosed with cancer,” Teresa said.  “Everything is better now, but it was a living nightmare.  With all of this, there was just no time and being older, I figured, was a challenge.”

Teresa visited Pierce College’s Puyallup campus seeking information on how to enroll. She was finally ready to tackle the college application process.  It was at Pierce that she was introduced to an MDC Educational Opportunity Center (EOC) advisor.

“MDC helped me with my college application, financial aid paperwork, and even helped me with money for my books because I was short.
I wouldn’t be able to complete the course without those books. MDC gave me the strength to keep on going and they made the process so much more easier. I finally enrolled in September of 2016,” she said.

Teresa is currently attending Pierce College, seeking an associate degree in office management.  She has five more quarters to complete and is extremely proud of her efforts.  She is excited about her progress and to finally have access to the tools to achieve her educational and career goals.

“MDC is a very good resource. They are the very first step before you even go to college, because they can help you get to where you actually want to go. I’m on the Dean’s list right now and I’m currently working on the spring quarter.”